What Touring the U.S. Taught These Choreographers About Stereotypes and Prejudice

Vander Hoop and Clements driving down the highway. Photo by John Suhar

Sometimes as an artist, you need to leave the studio behind.

Just ask Summation Dance co-founders Taryn Vander Hoop and Sumi Clements. In 2016, the U.S. election was dominating the air waves just as they were finishing their company's fifth season in New York City. Feeling burned out by the assembly-line-like hustle of pumping out new work, they decided to hit the road. 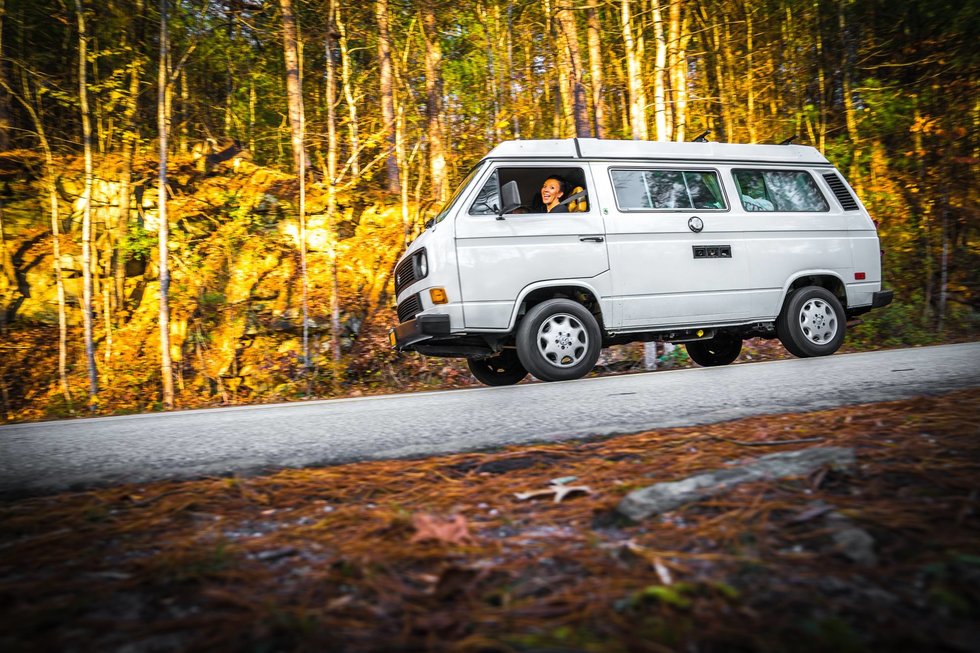 Clements takes to the road. Photo by John Suhar

"We were looking at the divisiveness we saw happening," says Clements, "and thought it was an appropriate time to go interact with people who inhabit this country who are very unlike ourselves, and give them a voice by presenting anything they wanted to share."

The goal of their HabitUS project is to create an evening-length work that incorporates interview footage and soundbites from the people they meet.

So far, they've traveled to 14 states, organizing the tour around a series of university residencies. In each place they visit, they engage with the local community.

So what have been the biggest surprises so far?

Kentuckians Pointed Out The Power of Speech 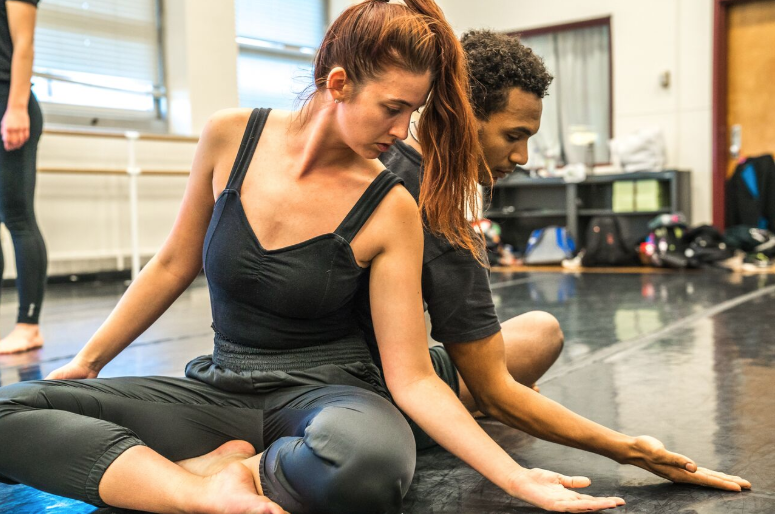 Working with college dancers in Kentucky. Photo by John Suhar

In Kentucky, Vander Hoop and Clements had fun asking residents whether they considered themselves to be part of the North or the South. The answer changed every time.

But locals pointed out something even more elemental: "How we in New York speak and understand words is not how people in Kentucky would understand those same words," says Clements. They found out that when a politician gives a speech, what's said reads very differently in different parts of the country.

North Carolina Taught Them That Sticking Around Can Lead To Connection 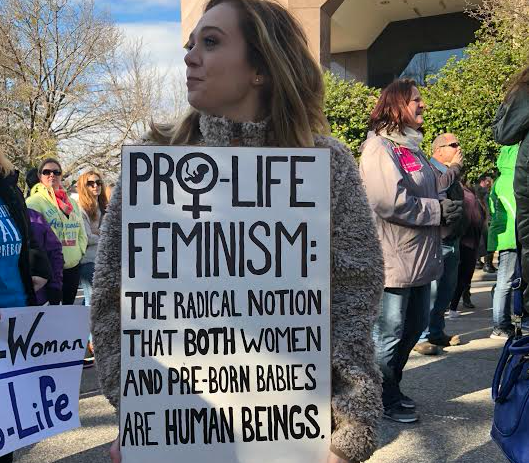 Last month, the choreographers attended a pro-life breakfast rally and march in North Carolina. "We wouldn't normally attend an event like that in New York," says Vander Hoop. But once they got there, they realized they were surrounded by people who reminded them of their own friends.

"We stayed after the march and ended up having an amazing conversation with a man who explained his stance in a way that made total sense, even if we didn't agree," says Vander Hoop. "The moments of connection that happen after an event is over are often more magical than during the event."

Texas Overturned Their Assumptions About Trump 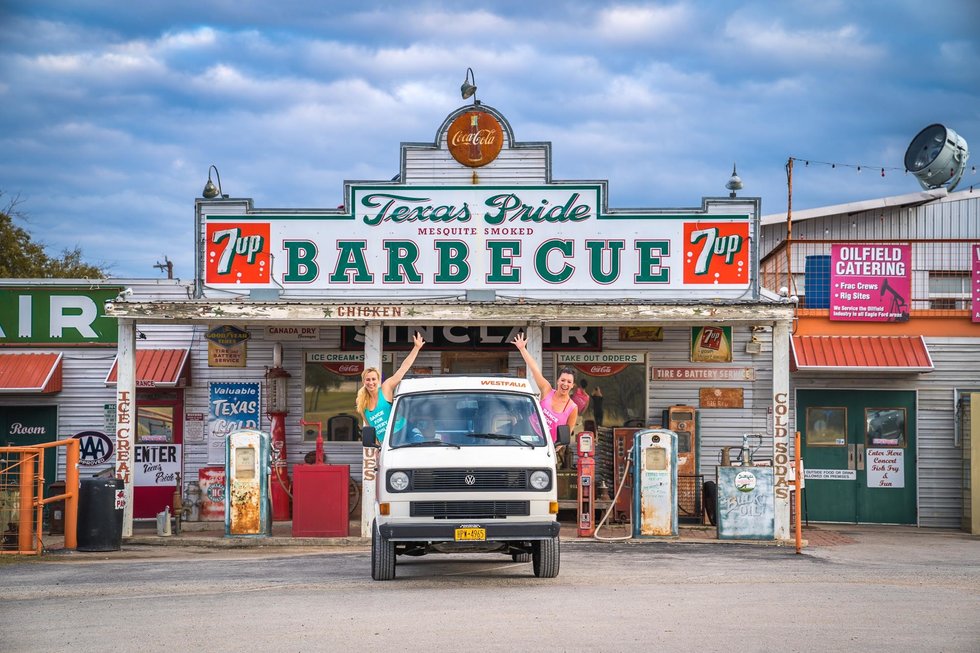 The choreographers and their camper van in Texas. Photo by John Suhar

In the border town of Laredo, Texas, Vander Hoop was surprised to learn just how narrow the Rio Grande is. "You can have a conversation with someone in Mexico very easily!" she says.

Even more shocking? Many of the Mexican immigrants they met supported Donald Trump because they didn't identify as the Mexicans he had disparaged during the election. "We learned that they were prejudiced against other Mexicans, just as society as a whole is prejudiced against each other," says Clements.

The Trip Has Changed The Way They Think About Stereotypes 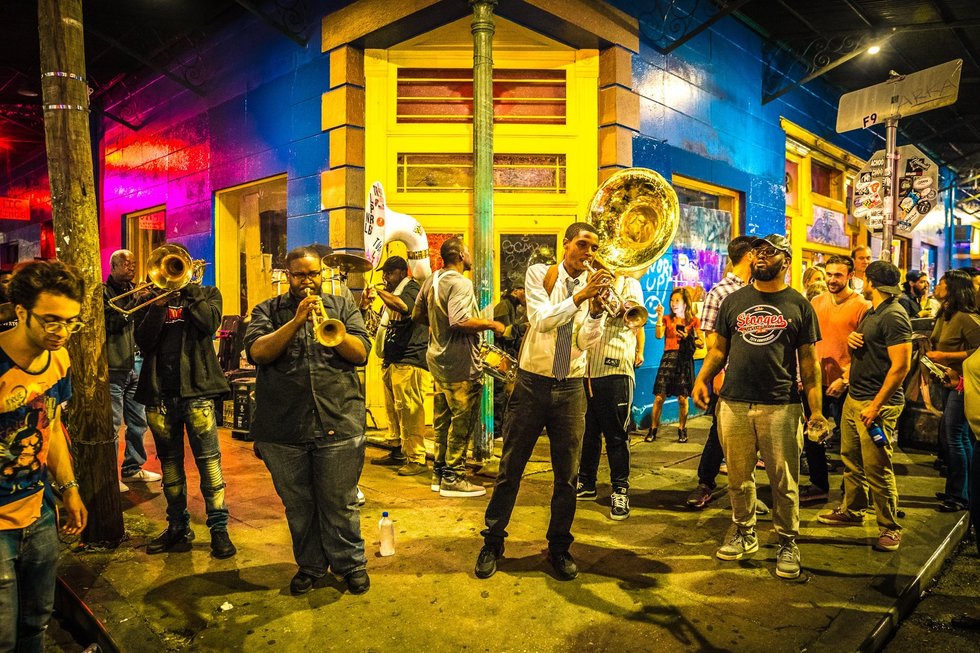 Music on the streets of New Orleans. Photo by John Suhar

"With contact grows empathy," says Clements. "Part of the reason this country has so much division is that we don't have contact with each other."

Getting to meet people and turn strangers into friends has given them new perspective. "This country relies on categorizations—black/white, right/wrong—that make us unable to have productive conversations and listen to each other," says Vander Hoop. They've realized that when we understand other people as more than an oversimplified category, more often than not, we begin to find common ground.

If you like us online, you'll love us in print!
Music
Rachel Rizzuto

Securing the correct music licensing for your studio is an important step in creating a financially sound business. "Music licensing is something studio owners seem to either embrace or ignore completely," says Clint Salter, CEO and founder of the Dance Studio Owners Association. While it may seem like it's a situation in which it's easier to ask for forgiveness rather than permission—that is, to wait until you're approached by a music-rights organization before purchasing a license—Salter disagrees, citing Peloton, the exercise company that produces streaming at-home workouts. In February, Peloton settled a music-licensing suit with the National Music Publishers' Association out-of-court for an undisclosed amount. Originally, NMPA had sought $300 million in damages from Peloton. "It can get extremely expensive," says Salter. "It's not worth it for a studio to get caught up in that."

As you continue to explore a hybrid online/in-person version of your class schedule, it's crucial that your music licenses include coverage for livestreamed instruction—which comes with its own particular requirements. Here are some answers to frequently asked questions about music licensing—in both normal times and COVID times—as well as some safe music bets that won't pose any issues.

6 Ways to Bring Racial Equity Into the Dance Studio

By now, most dance educators hopefully understand that they have a responsibility to address racism in the studio. But knowing that you need to be actively cultivating racial equity isn't the same thing as knowing how to do so.

Of course, there's no easy answer, and no perfect approach. As social justice advocate David King emphasized at a recent interactive webinar, "Cultivating Racial Equity in the Classroom," this work is never-ending. The event, hosted by Dancewave (which just launched a new racial-equity curriculum) was a good starting point, though, and offered some helpful takeaways for dance educators committed to racial justice.

Op-Ed: Why Tap Classes Should Be Required in College Curriculums

Recently, I posted a thread of tweets elucidating the lack of respect for tap dance in college dance programs, and arguing that it should be a requirement for dance majors.

According to onstageblog.com, out of the 30 top-ranked college dance programs in the U.S., tap dance is offered at 19 of them, but only one school requires majors to take more than a beginner course—Oklahoma City University. Many prestigious dance programs, like the ones at NYU Tisch School of the Arts and SUNY Purchase, don't offer a single course in tap dance.