Joe Lanteri teaching at Steps in the early 2000s

"For me, it's a big full circle," says Lanteri, who used to take class at Steps when he first moved to New York City, and started teaching there in the mid-1980s. The 4:30 p.m. Tuesday/Thursday Advanced Intermediate Jazz slot he held down for many years taught a slew of young talent—including choreographers-to-be like Jessica Lang and Sergio Trujillo. "As a young teacher, Steps was a platform for me to travel the world giving master classes; it became the underlying foundation for what I'm doing now in my life." 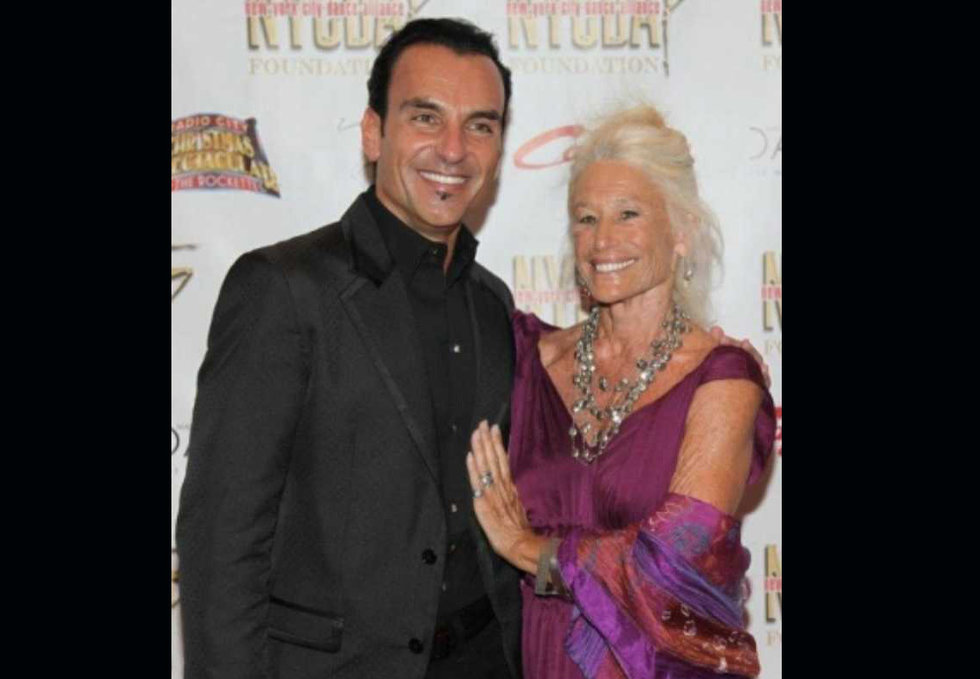 Steps founder Carol Paumgarten first reached out to Lanteri in February to ask if he'd help her continue the school's legacy. "Carol has made Steps not just an important part of the New York community, but the international dance world," says Lanteri. "This new role is about me bringing new ideas, contacts and energy into the building." Paumgarten will remain a co-owner and director of the school.

Lanteri will be involved in every aspect of the wide-ranging institution, from the open classes to the conservatory program, the visa program, the children's program and the master series. He's already brainstorming what more Steps might be able to do for dancers, such as in-studio performance opportunities in front of industry leaders. "My goal is to augment what Steps already has, and expand the concept of a community that's welcoming to all," he says.

Lanteri will remain executive director of NYCDA, continuing to travel most weekends to regional conventions. "I always love a challenge," he admits. He's hoping that being amongst the next generation of dancers and forming new relationships will only help him create more opportunities for Steps' dancers.

The relationship between Steps and NYCDA isn't new: The school has offered many scholarships to NYCDA dancers over the years, and Steps was one of the original sponsors of the New York City Dance Alliance Foundation College Scholarship Program.

Although Lanteri hasn't yet committed to teaching a regular class again, he won't rule it out. "I always have my dance clothes on me."

Finding age-appropriate hip-hop music can be a struggle. Choreographer Afaliah Tribune addresses this common dilemma for hip-hop teachers by making her own original tracks on GarageBand. "I love experimenting with live music, and my students think it's fun, too," says Tribune, who is an adjunct professor of dance at New York University. "There are so many ways we can open up our work when we experiment with sound."

Every year in our summer issue, we honor four dance educators for their outstanding contributions to the field. Recipients have included studio owners, professors, program directors, K–12 teachers and more, whose specialties run the gamut of dance genres.

We need your help to identify this year's best in the profession. Do you have a colleague or mentor who deserves to be recognized as a leader and role model?

Send your nomination by March 1, 2020. You can e-mail us at danceteachereditors@dancemedia.com with the following details:

Here's Everything Your Studio Software Should Be Doing for You

Running a dance school used to involve a seemingly endless stream of paperwork. But thanks to the advent of software tailored specifically for dance studios' needs, those hours formerly spent pushing papers can now be put to better use.

"Nobody opens a dance studio because they want to do administrative work," says Brett Stuckey, who leads Akada Software's support team. "It's our job to get you out of the office and back into your classroom."

We talked to Stuckey about how a studio software program can streamline operations, so you can put your energy toward your students.

Keep reading...
If you like us online, you'll love us in print!
Studio Owners
Rachel Rizzuto

How to Focus on Giving Parents a Great Customer Experience

It's easy to characterize parents as the perpetual thorn in the side of studio owners—they can be demanding, and annoyingly free with their opinions on dance education. But they're also your customers. They deserve not just excellent customer service but an exceptional customer experience, says Annette Franz, head of a customer-experience strategy firm. "What's the difference?" you might ask. "I define customer experience as the sum of all the interactions that a customer has with a brand over the life of their relationship with that brand—plus the feelings, emotions and perceptions about these interactions. Customer service is just one of those interactions," says Franz, author of Cus-tomer Understanding: Three Ways to Put the "Customer" in Customer Expe-rience (and at the Heart of the Business).

Hi there, dance friends. I'm the editor in chief of Dance Spirit and content director of The Dance Edit newsletter. And I'm here with a bit of news sure to excite dancers, dance enthusiasts, and other assorted dance obsessives: The Dance Edit is launching a podcast!

Join me and other editors from Dance Magazine, Dance Spirit, and Pointe for The Dance Edit Podcast, a weekly roundtable discussion of the top stories moving and shaking (not sorry) the dance world. Beginning March 5th, we'll get you up to tempo (also not sorry) in about 15 minutes every Thursday morning.

Barbara Bashaw has always been a pioneer. Since kicking off her career in education by building a dance program from the ground up at an elementary school in Brooklyn, she's gone on to become an inspiring force in teacher training. Now, as director of the new doctoral program in dance education at Columbia University's renowned Teachers College and as executive director of the even newer Arnhold Institute for Dance Education Research, Policy & Leadership, she's in a position to effect change nationwide.

"The study of dance education is a young field," Bashaw says. "Music and visual arts are far ahead of us, in terms of the research that has been done, as well as the foothold they have in education. Anywhere education is being discussed, we want to put dance on the table—and that means developing researchers and championing research that will push public policy." In a climate where arts education feels both more endangered and more necessary than ever, Bashaw is ready to blaze a trail.

The Mecca for Dance Medicine: The Harkness Center Celebrates 30 Years of Treating Dancers

When orthopedic surgeon Dr. Donald Rose founded the Harkness Center for Dance Injuries at NYU Langone Orthopedic Hospital 30 years ago, the average salary for a dancer was about $8,000, he says.

"It was very hard for a dancer to get quality medical care," he remembers. What's more, he adds, "at the time, dance medicine was based on primarily anecdotal information rather than being based on studies." Seeing the incredible gaps, Rose set out to create a medical facility that was designed specifically to treat dancers and would provide care on a sliding scale.

OpEd: Are You Ready to Step Up Your Game When It Comes to Student Safety?

It's time to talk seriously about safety in dance education. As the physical and psychological demands put on student dancers escalates—thanks to competitions, social media and ever-evolving choreography—there is a pressing need to consider how we can successfully safeguard young dancers.

Martha Graham Dancer So Young An Talks About The Eve Project

Martha Graham Dance Company created The EVE Project to mark the upcoming 100th anniversary of U.S. women's right to vote. The female-focused initiative includes new works, as well as the company's classic repertoire highlighting Martha Graham's heroines and antiheroines. In April, the company is showing the newly reconstructed Circe, Graham's 1963 interpretation of the Greek myth, at New York City Center. Dancing the role of Circe is company member So Young An. Here, she shares thoughts on The EVE Project and how she's approaching her role in Circe, the 57-year-old work that invites audiences to consider pressing conversations about womanhood.

Instead of letting 1920s stereotypes of black dancers define her, Josephine Baker used her image to propel herself to stardom and eventually challenged social perceptions of black women. Photos courtesy of Dance Magazine archives

In honor of Black History Month, here are some of the most influential and inspiring black dancers who paved the way for future generations.

Ask the Experts: Would You Recommend Removing the Mirror?

Q: I'm having such a love-hate relationship with mirrors right now. They can be distracting, as well as cause emotional distress for my students. At the same time, they're a really useful tool. I know some teachers remove theirs altogether. Is this something you recommend?

Susan Pilarre has been closely tied to the School of American Ballet for nearly her entire life.

From her first class there at age 11 through her 16-year career with its affiliated company, New York City Ballet, Pilarre learned directly from the great choreographer George Balanchine, absorbing the details of his unique style. Sensing her innate understanding of his principles, Balanchine encouraged her to teach; she joined SAB's permanent faculty in 1986. Since then, she has become recognized as an authority on Balanchine's teachings, instilling SAB and NYCB's distinctive speed, clarity and energy into generations of dancers.

Here, Pilarre shares how the specifics that Balanchine insisted upon in class contribute to the strength, beauty and musicality that define his style—and dispels common misconceptions.

Keep reading...
If you like us online, you'll love us in print!

Here's Everything Your Studio Software Should Be Doing for You

How to Focus on Giving Parents a Great Customer Experience

The Evolution of Competition Dance as Told by YouTube

Watch How to Teach a Countertechnique Tripod

Get DanceTeacher in your inbox